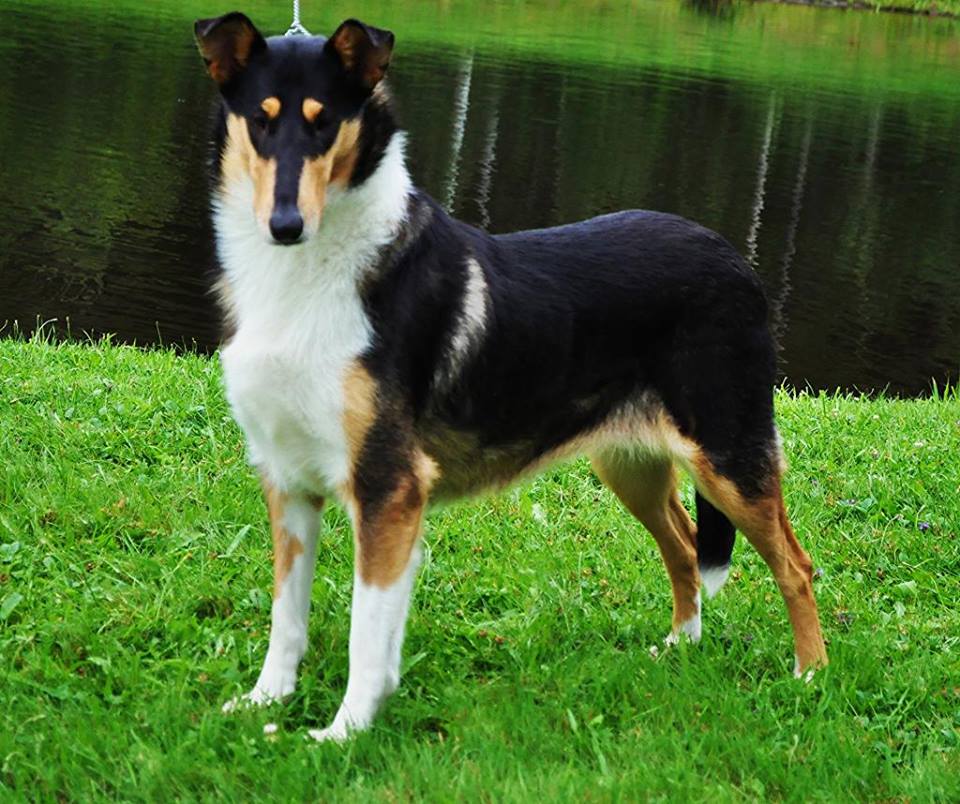 This young tri is staying at Feoras Collies for a while, visiting from Travler Collies in New York courtesy of her breeder Candy Ardizzone.

She wasn’t thrilled with the show scene in the USA, so we worked with her for a little while as she recuperated from her Feb 2013 litter as we waited for her to come into season. Danika made her debut at Halifax Kennel Club in a packed arena, then attended an outdoor show at Trenton during the Pictou Dog Show, where she charmed everyone the following week. She gaited beautifully and did us all proud. She came into season at an inopportune time, and wasn’t bred that season but missed the rest of the 2013 show season.

After being bred in the US, in picking Danika up at the National specialty, we saw a CGC test being held, and thought – why not! – so with no preparation, in we walked and within 15 minutes, out she came with Canine Good Citizen certification from judge Dianne Burke. Though she was not entered for any shows at the Collie Club of America specialty, she received many kind words from breeders and fanciers (and enjoyed being fawned over), before we headed back home with her to Canada – to deliver a litter of 8 healthy puppies for us a month later. 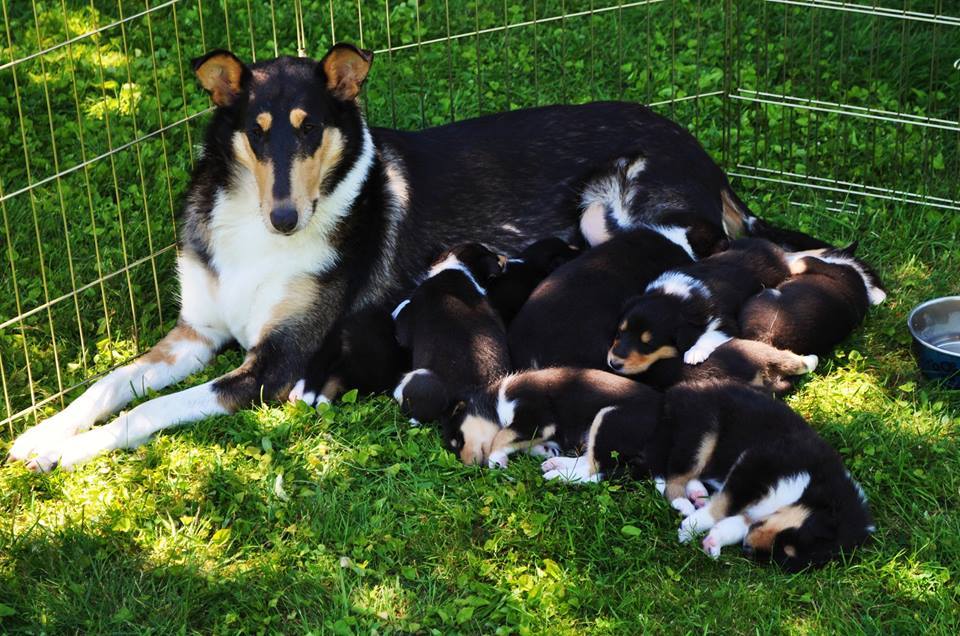 Danika has also shown remarkable talent with Disc Dog – we wish we had more time to get her trialing in CDDA, as she definitely has the knack for it, and begs for us to throw the discs any chance she can by snatching them up and holding them until we can toss one for her again. 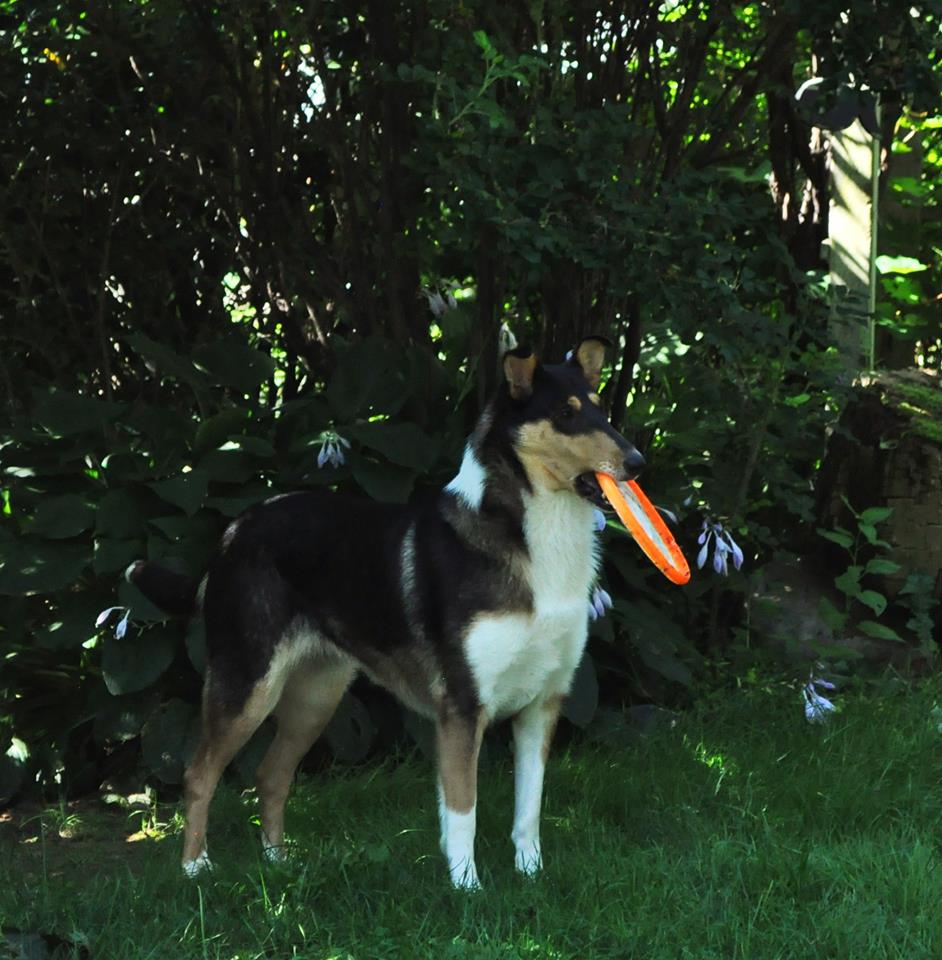 Danika has returned to her owners in New York now, and we thank Candace Ardizzone for the tremendous opportunity to meet, work with, and love this beautiful girl while she had a spectacular litter of puppies for us. We hope she continues to do well for you Candy, and that her two sweet puppies who returned with her are exceptional additions to your beautiful crew!

Note – some notable litter siblings to Danika include: